A diverse and beautiful country, South Africa is about the size of France and Spain combined or roughly twice the size of Texas. It befits its position at the southern end of the world’s most epic continent, with more types of terrain than photographers can shake their zoom lens at. 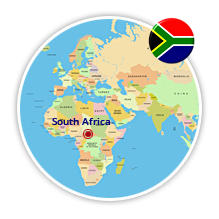 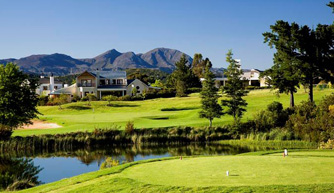 12 days from Cape Town to Johannesburg

Globus family of brands : 12 days from Cape Town to Johannesburg

A diverse and beautiful country, South Africa is about the size of France and Spain combined or roughly twice the size of Texas. It befits its position at the southern end of the world’s most epic continent, with more types of terrain than photographers can shake their zoom lens at. From the serrated peaks of the Drakensberg mountains, to the contorted and timeless semi-desert landscapes of the Karoo. The forested sea-shores and mirror-like lakes of the Garden Route, the enchanting temperate valleys of the Winelands, the rare proximity to nature found in the national parks and the instantly recognizable symbol of the country, Table Mountain - all under an endless azure-blue sky. Its varied cultures, intriguing wildlife, stunning scenery, and remarkable beaches make it a haven for travellers from around the world.

South Africa can be visited any time of the year. So your trip depends more on what you want to do rather than the weather. The best time for game watching is early spring (August to October). The southern right whales can be seen off the coasts from about mid-June to the end of October and the humpback whales from Aug-Dec. The diving is generally best from April to September and so is the surfing, but these activities is by no means limited to these periods. Flowers are at their best in August and September. Winter (June to September) is cooler, drier and ideal for hiking and outdoor pursuits. Because vegetation is less dense and thirsty animals congregate around rivers and other permanent water sources, winter is also the best time for wildlife-watching. The absolute peak is from Christmas to mid-January, followed by Easter. At this time, accommodation in tourist areas and national parks is heavily booked. Spring (mid-September to November) and autumn (April and May) are ideal almost everywhere. Spring is also the best time to see vast expanses of the Northern Cape carpeted with wildflowers.

Hluhluwe-Umfolozi Game Reserve. As the only park under a formal conservation effort in KwaZulu Natal where you can see the Big Five – lions, elephants, leopards, buffalo and rhinoceros – the Hluhluwe-Umfolozi Game Reserve offers visitors wildlife viewing opportunities second to none. The oldest Game Reserve in South Africa, it is known for its white and black rhino population. Wildlife enthusiasts may enjoy the vast expanses of native plants and native animals during guided walks or self-guided drives.

Garden route. Travel on the scenic Garden route for some dramatic river cut gorges, beautiful beaches, rocky headlands and deep tangled forests. Stretching from anywhere between Stilbaai and Mossel Bay in the west, to Stormsriver or Port Elizabeth (PE) in the east, it's a gorgeous stretch of coastal paradise strung out along the N2. Some of the country's best mountain bike trails snake through the forests and there are horse trails for every taste and level of ability.

Tandem sky diving, paragliding, and a range of scenic flights all offer different birds eye views. The Garden Route offers some of the best boat based whale watching in the world, flower lovers and bird enthusiasts will also have a field day traipsing off through the forest and there are numerous national parks and nature reserves.

Visit Robben Island, known as South Africa’s Alcatraz. Named for the thousands of seals that once lived here, Robben Island is no longer used as a prison. Travel by a high-speed boat to tour the facilities and see the cell where Nelson Mandela was incarcerated for many years. Roam the maximum security wing where South Africa kept its political prisoners during much of the apartheid era. See the lime quarry where Mandela and others worked with pick and shovel and a graveyard that dates back to when the island was a leper colony. You can also see magnificent views of the famous Table Mountain from here.

Relax on the magnificent beaches of Durban. Often compared to Miami Beach, Durban’s beaches provide a vibrant atmosphere that pulses with energy. Boasting balmy weather year round and sporting a genuine beach culture, Durban beaches are lively areas that are remarkably clean and safe, and many of the beaches offer varietal entertainments throughout the day. Also known as the Golden Mile, there are expansive stretches of soft, golden sands and subtropical sunshine along Durban’s South and North Coast beaches.

Enjoy splendid views from atop Table Mountain in Cape Town. A UNESCO Heritage Site, the sandstone mountain is some two miles wide and 3,500 feet high. It offers magnificent views of Table Bay, Robben Island, and the Cape Town metro area, which completely encircles it. Hike up to the top or ride a revolving cable car, enjoying a 360 degree views during the trek to the top.

A trip to South Africa is incomplete without a trip to the Kruger National Park. It is the largest game reserve on the continent and one the main tourist attractions in South Africa. The park boasts more species of mammals than any other African game reserve which includes the Big Five, cheetahs, giraffes and more. Unlike most other safari parks, Kruger is a self-drive destination with an excellent infrastructure and many places to stay inside the park.

Visit the Apartheid Museum in Johannesburg. See the rise and fall of South Africa’s era of segregation and oppression. With plenty of attention to detail and an unsparing emphasis on the inhuman philosophy of apartheid – visitors are handed a card stating their race when they arrive and are required to enter the exhibit through their allotted gate – this remains one of South Africa’s most evocative museums. It’s an overwhelming experience; particularly distressing is a small chamber in which hang 131 nooses, representative of the 131 government opponents who were executed under antiterrorism laws.

Go on a Cape Wineland tour. Situated to the north-east of Cape Town, the Cape Winelands offers a beautiful landscape of wine hills and mountains. South Africa's wine industry goes back to the first European settlement, at Cape Town, more than 350 years ago. Dutch traders established an outpost to supply ships with fresh food and water. Spend a day or more visiting the vineyards in Worcester, Paarl, Stellenbosch, Olifants River, Robertson, and other regions. Most wine estates offer tastings and several have excellent restaurants.