When you first enter Hong Kong, be prepared to get overwhelmed by its tightly packed sidewalks, neon signage at every turn and most of all the constant babel and motion. 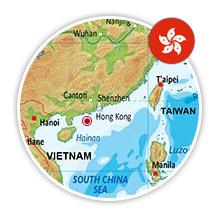 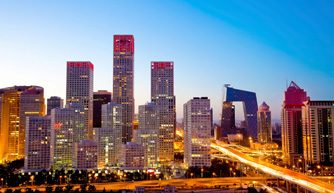 4 days from HongKong to HongKong

Trafalgar : 4 days from HongKong to HongKong

When you first enter Hong Kong, be prepared to get overwhelmed by its tightly packed sidewalks, neon signage at every turn and most of all the constant babel and motion. But once you get over it and look beyond, you will find an utterly safe and well organised city that offers pleasures when you least expect it. Delectable dim sum, floating islands, and a one-of-a-kind skyline are just some of Hong Kong’s unique features. The best feature and the one that greets you first as you land, is the Kowloon airport. Another feature that symbolises Hong Kong is the Bat Sailed Junks floating on the Victoria Harbour. Hong Kong can nudge you out of your comfort zone but usually rewards you for it. So be brave and dive in. Sample the shredded jellyfish, brave the hordes at the city centre horseracing and join in the dawn tai chi. Escape the city limits and other experiences await – watching the sun rise from a remote mountain peak, hiking surf-beaten beaches or exploring deserted islands. Here money can buy you the ultimate luxuries. Yet Hong Kong is also a city of simple pleasures. Most often it’s the least pricey experiences – a tram or ferry ride, a whiff of incense curling from temple rafters, savouring fishing-village sundowners and seafood.

Best Time to Visit
It is popular as a year round destination. Yet the best times to visit Hong Kong are mid – September to February end and March-April. During these periods the city experiences mild temperature and the days are warm, fresh and the air clearer. June – mid September is summer time when the heat is on and humidity high. It is also the typhoon season. Best avoided.

Visit Disneyland. You needn’t go to Paris or Florida to experience the magic of Disney. It’s right here at Hong Kong. Complete with rides, thrills and theme parks, some created especially for HK Disneyworld, it guarantees fun for the entire family.

Ride on a Junk. Although the junks have mostly fallen to progress it’s still possible to ride a traditional Chinese Junk in Hong Kong. HK tourism Board organises a hour long ride on the Duk Ling which is quite popular. In fact, a ride on any of the traditional Chinese junk is an experience you are least likely to forget.

Climb up the Victoria Peak for some stunning panoramic view of the city and harbour. The highest point on Hong Kong Island, this has been the city’s most exclusive neighbourhood since colonial times. By day your eyes stretch across sparkling skyscrapers and Victoria Harbour all the way to the green hills of the New Territories. In early evening this panorama melts into pink and orange. You can reach the peak via the Peak Tram, a 120-year-old funicular railway.

Temple Street night market. A popular night street bazaar is an enduring example of theatre and festivity of a traditional Chinese market. It is a place where you get snacks, souvenirs, tempting bargains, opera singers and fortune tellers all together.

The Avenue of Stars.  The Avenue of Stars pays tribute to the names that helped make Hong Kong the ‘Hollywood of the East’, while giving visitors a panoramic view of the city’s glorious skyline, dramatically set against The Peak.

If you like architecture and would love some peace and quiet, then a visit to Chin Lin Nunnery is a must. One of the most beautiful and arrestingly built environments in Hong Kong, this large Buddhist complex was rebuilt completely of wood in the style of the Tang dynasty in 1998. It is a serene place with lotus ponds and bonsai plants and silent nuns delivering offerings of rice and fruits to Buddha or chanting behind intricately carved screens.

Star Ferry Pier. Considered a heritage and cultural treasure for HK, the pier is one of the 50 places to visit in lifetime according to National Geographic. Although reclamation has reduced the length of this iconic cross harbour ferry, it’s worth it. It ferries commuters across the harbour, which links Tsim Tsui Tsui (Kowloon) with Central (Hong Kong Island as well as Tsim Tsui Tsui with Wan Chai)

Lantau Island.  It is the largest island in Hong Kong, and is an ideal escape for those who love outdoors. Buddhist architecture; fireworks over Sleeping Beauty's castle; a long sandy beach, a mall of shopping outlets – Lantau Island has it all.

Nan Lian Garden. Often called the most beautiful spot in all of HK, Nan Lian Garden was built as a peaceful refuge from the hustle – bustle of the city just outside its walls. Built around the central water feature filled with koi are pavilions, bridges, fountains, several galleries and a tea house. The natural areas include a banyan grove, landscaped pines and gardens providing much needed habitat for local wild birds.

Hong Kong's harbour dazzles with neon at night. But the synchronized Symphony of Lights laser show takes the nightly spectacle to another level. This 20-minute show is a spectacular display of laser beams bouncing off 33 key skyscrapers on both sides of the harbour. Accompanied by synchronized music and commentary, the sound and light display depicts the growth of Hong Kong from a sleepy fishing village to the dynamic world-class city it is today.