Norway is situated in the western part of the Scandinavian peninsula. It extends about 1,100 mi (1,770 km) from the North Sea along the Norwegian Sea to more than 300 mi (483 km) above the Arctic Circle, the farthest north of any European country. Norwegians, like the Danes and Swedes, are of Teutonic origin. The Norsemen, also known as Vikings, ravaged the coasts of northwest Europe from the 8th to the 11th century and were ruled by local chieftains. 11 days from Oslo to Oslo 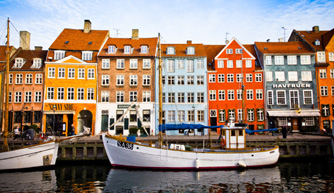 14 days from Copenhagen to Oslo

Globus family of brands : 14 days from Copenhagen to Oslo 16 days from Helsinki to Oslo

: 16 days from Helsinki to Oslo