Peru is one of the great centres of ancient civilization. The Norte Chico civilization already flourished along the Pacific coast as early as 3,000 BC. Many other civilizations followed, leaving behind fascinating ruins and artefacts. 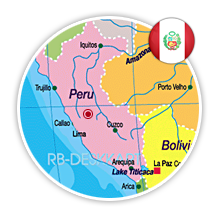 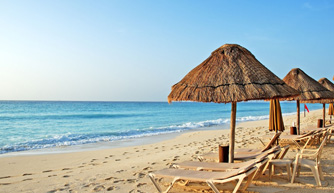 8 days from Lima to Lima

Globus family of brands : 8 days from Lima to Lima

Legacy of the Incas
12 days 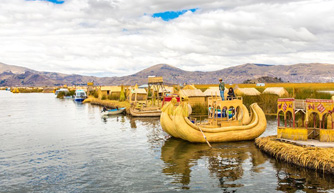 12 days from Lima to Lima

Globus family of brands : 12 days from Lima to Lima

Mysteries of the Inca Empire
11 days 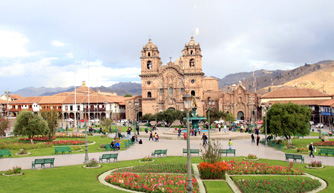 11 days from Lima to Lima

Mysteries of the Inca Empire - 11 Days

Land of the Incas
13 days 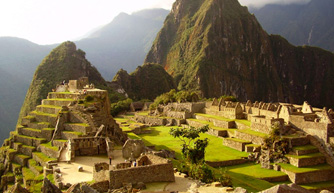 13 days from Lima to Lima

Trafalgar : 13 days from Lima to Lima

Peru is one of the great centres of ancient civilization. The Norte Chico civilization already flourished along the Pacific coast as early as 3,000 BC. Many other civilizations followed, leaving behind fascinating ruins and artefacts. The most famous ancient ruins in Peru were built by the sun-worshiping Incas who emerged in the 15th century. You do not need to be a history buff to enjoy Peru. However, Peru is home to snow-capped mountains, giant sand dunes, flocks of brightly hued tropical birds, postcard-perfect volcanoes and rocky Pacific outcroppings inhabited by argumentative sea lions. The Peruvian Andes, arguably the most beautiful on the continent and are home to millions of highland Indians who still maintain the traditional way of life and speak the ancient tongue of Quechua. The lush Amazon Basin, occupying half of Peru, is one of the world's top 10 biodiversity 'hot spots' - a region that will make your head spin when you start to learn about its ecology. The coastal deserts, huge rolling dunes, farmland oases or fishing villages; the attractions of Peru, however, do not need the scientific background of a zoologist or an anthropologist, nor the sense of adventure of a mountain climber, merely the keen powers of observation, a love of nature and a vivid sense of history.

Deciding when to visit Peru can be difficult because the country covers three major geographic and climatic zones. The tropical Amazon jungle covers the east; the arid coastal desert to the west; and the Andean mountains and highlands in the middle of the country. It experiences 2 major seasons – wet and dry although the temperature is influenced by the elevation. The higher you go the cooler it becomes. Most travellers come to Peru from June through September during the dry season, which is the best time for hiking the Inca Trail and Machu Picchu because the sky is clear. The dry season is also the best time to visit the jungle. People can and do visit the highlands year-round, though the wettest months of December to March make it a wet and muddy proposition. For visits to the coast, however, the best time is November through March when the weather is hot and perfect for the beach.

Machu Picchu. One of the most beautiful and impressive ancient sites in the world, Machu Picchu is the undisputable among the top tourist attractions in Peru. The “Lost City of the Incas” is invisible from the Urubamba Valley below and completely self-contained, surrounded by agricultural terraces and watered by natural springs. It was probably the most amazing urban creation of the Inca Empire at its height, its giant walls, terraces and ramps seem as if they have been cut naturally in the continuous rock escarpments. The natural setting, on the eastern slopes of the Andes, encompasses the upper Amazon basin with its rich diversity of flora and fauna. Although known locally, Machu Picchu was largely unknown to the outside world before being rediscovered in 1911 by historian Hiram.

Go Condor spotting at Colca Canyon. Located near Arequipa, Colca Canyon is the top spot to go looking for these huge birds. As you walk around the canyon, you get to see so many of the amazing birds soaring over your head. Watch out though as the high altitude catches you out unexpectedly!

Visit the Inca ruins and learn more about Incas. It’s not only Machu Picchu that is an impressive Inca site. Visit Pisac, Ollyantaytambo and Sacsayhuaman of the Sacred Valley. Learn much about the interesting life led by the Incas and marvel about how they managed to build such huge creations without machinery.
Hike up a steep, narrow set of Inca-carved stairs to Huayna Picchu. Sometimes called Wayna Picchu, it is the sugarloaf mountain that towers above Machu Picchu. Get an amazing new perspective on Machu Picchu from the various mirados (landings) along the trail. But keep in mind that only 400 people are allowed up Huayna Picchu per day at two entrance times.

Fly above the famous Nazca lines. Created between 200 BC and 700 AD the figures range from simple lines to stylized spiders, monkeys, fish, llamas, lizards and human figures. Fashioned long before the Inca era, these mysterious lines have spawned various theories about their creation. Extensive line drawings of various figures, they are visible only from the sky. It’s impressive that someone imagined it, and could create the lines. No one truly knows why they were built. For the Gods to see, or perhaps even the Sun (the Incas’ primary deity, though the Incas did not build the lines).

Explore the Amazon River. Peru has the second largest amount of Amazon Rainforest after Brazil. The Peruvian Amazon covers 60% of the country, creating a unique and diverse ecosystem when combined with the mighty Andean Mountain range and Pacific Ocean. The Peruvian Amazon jungle is a better adventure holiday destination than its Brazilian counterpart with basically the same wildlife but less spoilt and better value.

Get some R&R on any of Peru's sandy beaches. Located on the northern coast, Máncora is a small town featuring Peru’s best sandy beach, stretching for several kilometres along the Pacific. The town also boasts a large proportion of beach resorts, luxury restaurants and nightclubs for such a small town where the Pan-American Highway serves as the town’s main street. The consistently good waves make Mancora a popular surfing destination.

Sail on Lake Titicaca. Shimmering with a distinctive navy blue, its gemlike islands and gentle shores are an agricultural paradise. Crumbling cathedrals, rolling hills, checkerboard valleys and Bolivia’s highest mountains in the background all conspire to awe and impress. Take a trip to the floating islands, a unique tourist destination. Home to the Uros tribe, a pre-Inca civilization, these islands are made and re-made from the totora reeds which provide home, sustenance and transportation for their residents.

Visit Arequipa for a day of fun and adventure. Peru’s most beautiful and second-largest city, many buildings constructed from white volcanic sillar. Visit Museo Santurios de la Altura. The museum features Juanita, a mummified twelve year old found on a summit near Arequipa. The icy temperatures preserved her for 500 years and gave archaeologists amazing insight into Inca religion. Climb up to the peak of El Misti, the snow-capped volcano. But take note that it is not an easy ascend.

Go sand boarding in the deserts of Huacachina. Located near Ica, Huacachina is a tiny oasis town surrounding a small natural lake and itself surrounded by towering sand dunes. Once a playground for the Peruvian elite, these days Huacachina mostly attracts international tourists. Take a thrilling ride on a sand buggy up and down the dunes by Peruvian drivers and then speed down the steep slopes head first on a sandboard.